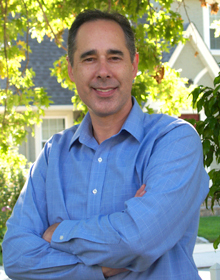 Robert Beckelman, D.M.D. was born in Brooklyn, New York, and grew up in North Woodmere. After graduating from Lawrence High School in the class of 1973, he attended Brandeis University in Waltham, Massachusetts, where he double-majored in biology and psychology.

Dr. Beckelman earned his Doctor of Dental Medicine degree in 1981 from the Washington University School of Dental Medicine in St. Louis, Missouri. He then completed a general practice dental residency at Kingsbrook Jewish Medical Center in Brooklyn, New York.

His professional memberships and affiliations include:

Dr. Beckelman has been married since 1981 and now has three wonderful children. He is an avid bicycle rider, golfer and skier, and has a fifth-degree black belt in Shorin-ryu Okinowan Karate. He enjoys listening to and collecting jazz and classic rock music.

“My treatment philosophy is based on prevention and evidence-based choices for treatment. All techniques and materials used are proven and held to the highest standards of success and comfort. Education is a life-long endeavor, and I am dedicated to learning the most current ways to help my patients achieve optimal dental health.”